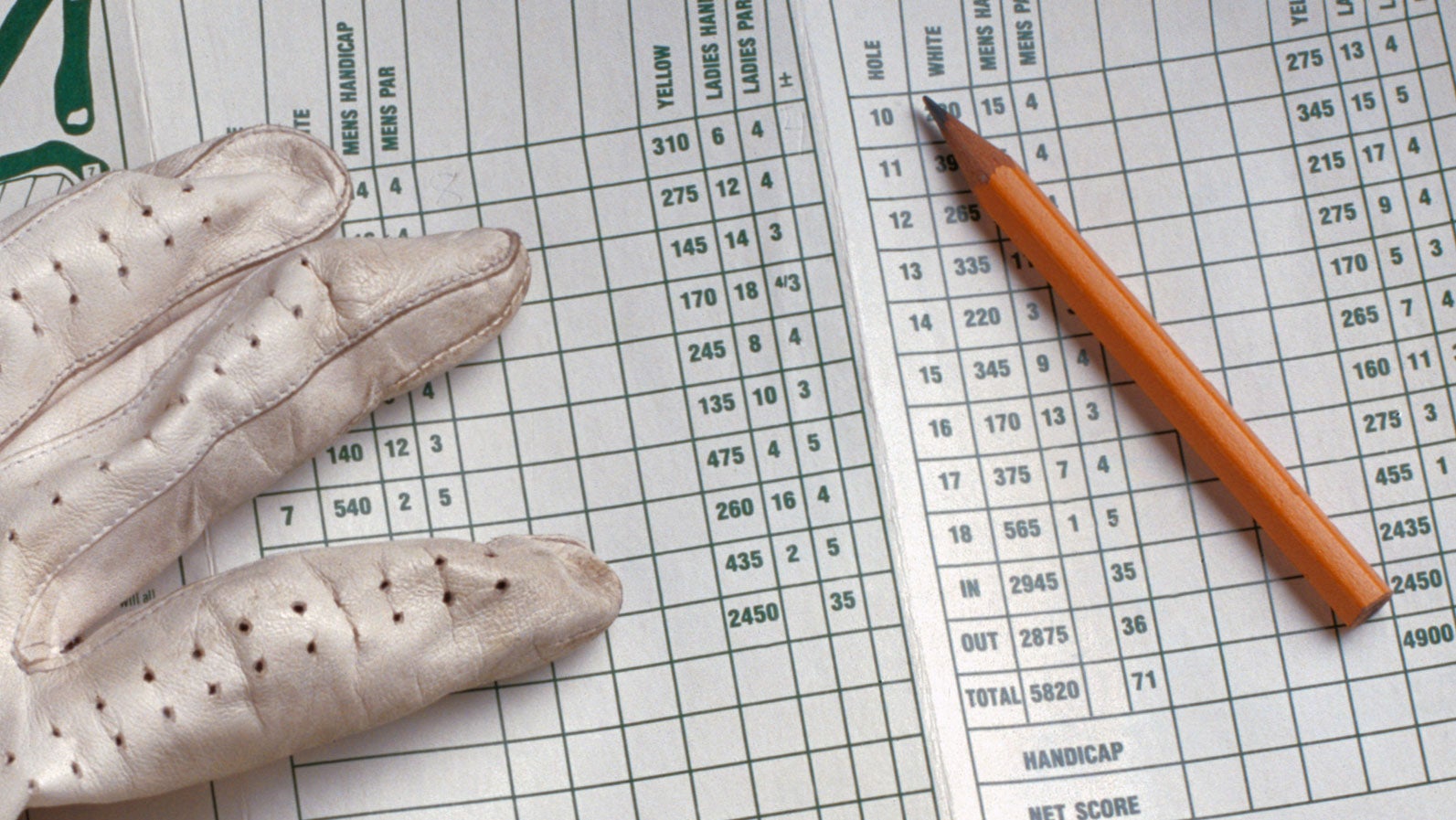 This quick scoring solution will change your perception of how you’ve played.

The other day, my golf buddy and I took advantage of an invitation to play on a golf course known for its difficulty. It lived up to its formidable reputation, and after the round, over a beer in the clubhouse, we spent most of our time whining about how poorly we were playing.

We hadn’t played from the start, but to ‘experience’ the course better we chose to play the middle tees that were still long – well, for a few holes, anyway. Pretty quickly we switched to shorter tees so we could complete the round. Our mutual complaints mostly focused on how the course intimidated us and rejected the limited games we had. In the end, the scoring had given way to a simple survival.

Here’s the problem, or at least it was for us: The course had elevated greens, which meant that many second shots were, in essence, forced throws. A sobering analysis identified 13 greens that we couldn’t achieve in regulation. With a listed par of 72, that effectively made our par 85, allowing two putts per green. (I realize we could putt on some greens just as we could put three or four others, but both putts are the norm for course design.) The par-85 was actually generous, being given that a few of the second moves that were technically accessible required skills that neither of us exhibited often. But 85 it was.

Then I thought of our home course, where we shoot occasionally in the low 80s and even the high 70s. This course is a par-70 and we can hit any greens. So after shooting, say, 82 there, our conversation on the 19th hole includes a lot more memories of good shots than bad ones, and the tone is never as negative as our “hard trail” experience.

That’s when it hit me: to assess how my game performed on a difficult course, I just need to establish a ‘realistic par’ for that course, then add what I normally shoot to it. on my home run – about 12 more. The resulting number is a good barometer of how I should feel about my performance. In the case of the tough course I played with my friend, I added 12 to our true par of 85. That works out to 97 which is about what we both shot that day. .

Nothing had changed in our tours except our agreement of the way we had played. And in this process, our outing took on a different and frankly much more positive vibe. We had, in fact, played according to our abilities!

Some might say that there is an easier solution to the problem I am describing – just put together a set of tees, like my friend and I did. But the solution is not that simple, because of the way the holes are designed. Depending on the par of a hole – 3, 4 or 5 – course designers give us one, two or three approach shots, plus two putts, to make the par. If you stand over a shot on the green knowing that you don’t stand a chance of making a par of two putts, play can become hostile. It doesn’t happen to professionals or elite amateurs, but it is a way of life for the rest of us.

Take a par 4 of 430 meters that climbs slightly into the green. Let’s say your best trip is around 190 to 200 yards; knowing that this would give you a range of over 200 yards on the green, you move to a forward tee, which shortens the hole by 380 yards, or 50 yards. Now your second shot on the same path is around 180-190 yards. RIF? Nope, always do not arrive! And this is where the complications exist. Tees should be positioned based on the approximate expected length of second strokes and the factor of whether players can throw the ball to the green or whether they must fly the ball there.

If the tees are placed wisely, two-putt pars should be achievable on all holes and at all skill levels. If not, try this: calculate the real by, accept the scorecard difference and enjoy your game.

The next frontier in game improvement