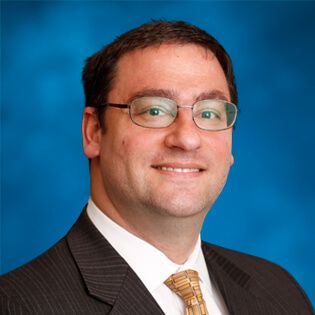 Health insurance stocks are an overlooked investment sector. Interviews with CEOs and equity research analysts reveal attractive investment opportunities in this segment of the market.

Meyer Shields is Managing Director of Keefe, Bruyette & Woods, Inc., a subsidiary of Stifel Financial Corp. It covers insurance brokers and small- and mid-cap P&C insurers. Previously, he worked at Legg Mason, JP Morgan Securities, Inc. and Zurich North America. He ranked fifth among stock pickers in the insurance/non-life sector in The Wall Street Journal “Best on the Street” analyst survey for 2009.

He holds a Bachelor of Actuarial Science degree from the University of Toronto and is a member of the Casualty Actuarial Society. In his Wall Street Transcript interview, Mr. Shields said:

“2021 has been an exciting year that started off with very strong earnings because in the first quarter of the year there was even less driving than normal, and therefore auto insurance companies were making a ton of money.

And then very quickly, as a result of the COVID-related supply chain disruptions, the claims cost inflation rate, what we call the loss trend, for personal auto really accelerated and most companies were actually doing worse or significantly worse than they had previously anticipated.

So during the end of 2021, let’s say the second half of the year, this segment of the insurance industry did quite poorly because there were constant indications of rising claims costs, and few rate increases.

And insurance brokers have done quite well. The economic rebound we’ve had in the last year, combined with the tendency for insurance companies to raise rates – and this is primarily a commercial sub-segment, this is what most brokers are selling – which resulted in very solid revenue growth. So that was the story of 2021.

2022 has been a bit difficult. I mean, most of the market is down. This seems to be largely true for insurance companies. There are a few exceptions. But the space has come under some pressure, and the weak performance we’ve seen, particularly in growth stocks, has also manifested itself in insurance names that are seen as carriers.

It was therefore a much more difficult start to the year than the end of last year.

Oscar Health develops seamless technology and provides personalized support to help over one million members navigate their healthcare. He was recognized as one of fast company most innovative companies in healthcare, one of CNBC’s Top 50 Disruptors, and one of Time the most influential in the field of health.

Previously, he was a Senior Investment Associate at Bridgewater Associates and worked as a consultant for McKinsey & Company in Europe, the United States and Brazil. Mr. Schlosser also spent time as a visiting scholar at Stanford University, where he authored and co-authored 10 computer science publications, including one of the most cited computer science papers published in the last decade, in which he developed the EigenTrust algorithm to safely compute confidence in random networks.

Mr. Schlosser holds a degree in computer science with highest honors from the University of Hannover in Germany and an MBA from Harvard Business School.

Mario Schlosser is currently applying his intellect to health insurance coverage issues in the United States.

Since that time, we are now at 1.1 million members and north of $6 billion in revenue this year. Not only have we developed a health insurer that has among the highest member commitments and satisfaction in health insurance, but we have also built our technology stack in such a way that we enable other entities to risk in the United States. system to build on top of our technology.

We therefore lease our technology and services to others in these two lines of business – on the one hand, offering insurance to individuals, and on the other hand, offering the technology to other healthcare players in the States. -United.

This fairly recent IPO stock has a path to profitability:

“We spent a few hours at an investor day about two months ago telling people what needs to happen and what we need to do to make it happen.

And that general market conditions will also be such that everything we need to see around us falls into place.

We’ve been doing this for 10 years now and I think we’ve had a pretty unique history of challenges as well. We’ve been one of the few companies in the ACA and individual markets from the very beginning – and there have been many situations where the ACA has come close to being funded, where it’s changed very, very drastically in terms of the market and so on for a new insurance market.

It’s not uncommon at all.

The Medicare Advantage market also deviated for many, many years in the early 2000s, late 1990s, before recovering and becoming this sort of unstoppable juggernaut for health insurers.

We believe that we are very early in a market that will look like this.

Anne Hynes is a Senior Healthcare Services Analyst and Managing Director at Mizuho Securities Co, Ltd. and has lots of tips regarding health insurance actions.

Previously, she was a senior member of Leerink’s healthcare research team and worked at Caris & Company, FTN Equity Capital Markets and Cowen and Company. She received an MBA from Boston College and a bachelor’s degree from Fairfield University.

“I think of all my subsectors, the health insurance industry is the least impacted.

There are pressures on the workforce that companies are seeing. But that’s more on the customer service side. They don’t employ a lot of doctors, where we see a lot of pressure points.

From an inflationary perspective, I think what would hit them over the next couple of years would come from providers, like hospitals, outpatient centers, or surgery centers, who are really struggling with the increase in labor costs.

To put this into perspective, historically for a hospital, labor costs per full-time employee could increase by 2% to 2.5%, and currently they are increasing by approximately 5% to 6% on the basic activity.

This is a big headwind for hospitals.

They will have to go to commercial insurance companies to try and get paid for this. And usually that doesn’t happen during the contract cycle. These contracts usually last between one and three years and about a third of their book is renewed each year.

As the contract renews, managed care will have to reimburse health care providers for higher base pay rates. They will have to negotiate and will likely have to pay hospitals for increases in labor.

But this will simply result in higher premiums for the consumer.

That’s not a net negative from a margin perspective for a managed care company. This is going to really hit the American consumer.

Because our health care premiums will eventually increase due to the increased labor market on the health care side of the equation.

Interviews with health insurance equity industry CEOs and equity research analysts reveal an attractive potential investment in this segment of the market. Read the full interviews for the full advice of these highly professional executives, only in the Wall Street Transcript.