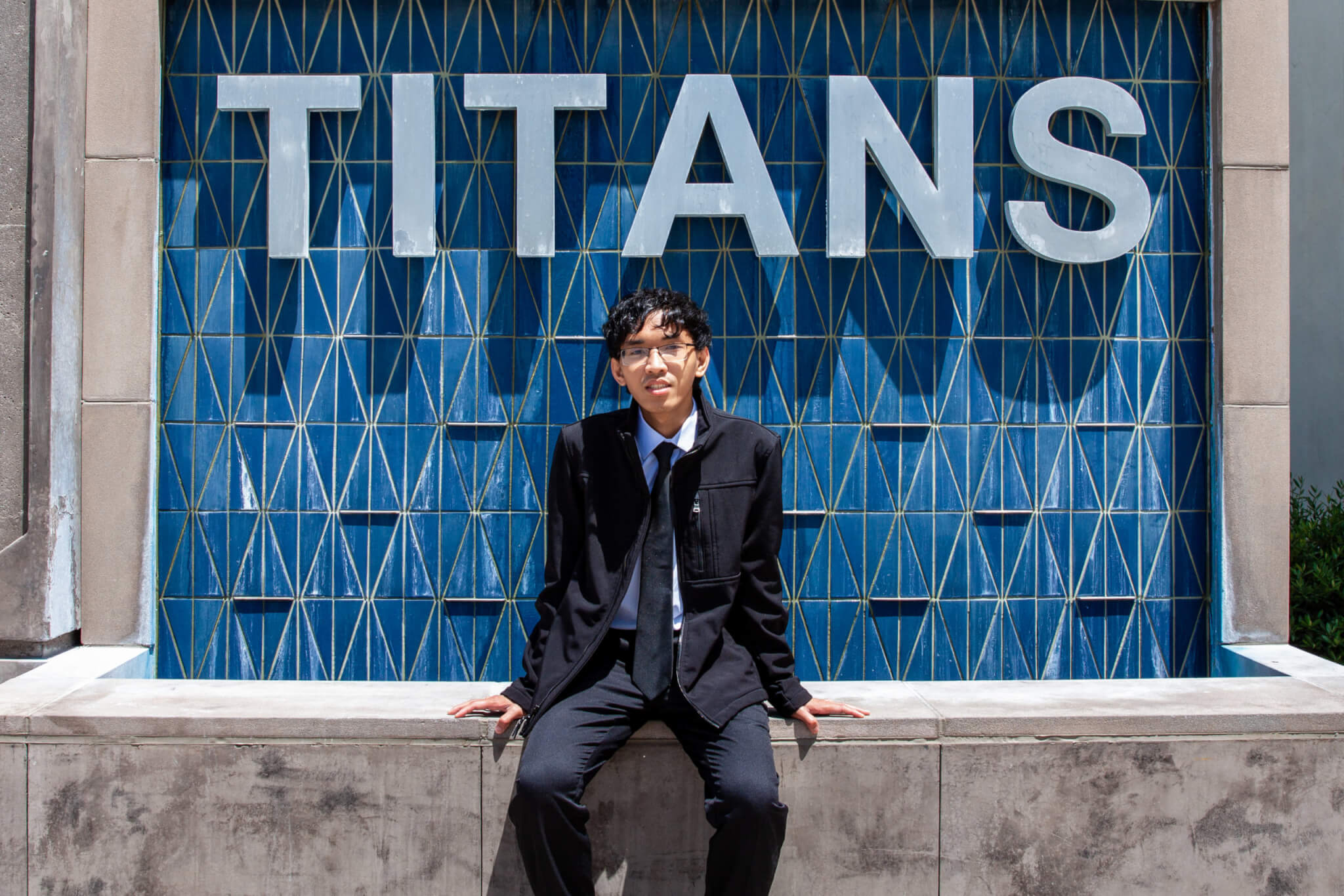 Growing up in a working-class family in Ho Chi Minh City, Vietnam, Nghia Trong Phan left her homeland for the United States with her parents’ dreams on her shoulders: the dream of their son graduating university.

Three years ago, Phan took the risk and rose to the challenge of living in a new country without his family.

“I decided to pursue something that a lot of people in developing countries call the American Dream – and it changed my life and my career path,” Phan said.

“Learning computer science motivates me every day with the wonderful contribution technology has made to the world,” said Phan, who aspires to become a software engineer at a large tech company.

The first member of his family to attend college, Phan is among this year’s recipients of the California State University Trustees Award for Outstanding Achievement. The CSU award is given to students who demonstrate superior academic performance, personal achievement, community service, and financial need.

One scholar from each of the 23 campuses is selected for the award, CSU’s highest recognition for student achievement. Each award provides a donor-funded scholarship. Phan receives the Edison International Scholar Prize, which includes a $7,000 scholarship.

Phan and the other winners will be honored as part of the September 13 CSU board meeting.

“This is a once-in-a-lifetime opportunity for me. Even though I have the desire and determination to continue in higher education, the financial burden is still there; it is an invisible pressure that can hold me back,” he said. -he declares.

“When I was informed that I would receive the award, it was a moment of indescribable joy. I feel so lucky because this scholarship will help me continue my academic journey.

Phan is a top academic with a GPA of 4.0 and participates in student organizations such as the Video Game Design Club, ACM-Association for Computing Machinery, and Japanese Anime Club of CSUF. His teachers praise his intuitive thinking, mathematical analytical skills and positive attitude.

“Nghia’s courage to adapt to challenges and willingness to change direction proved to be a life-changing decision when he chose to attend CSUF,” President Fram Virjee said in his letter of release. nomination to the scholarship selection committee.

“For him, our Titan community has become more than an educational institution; it became a place where he learned not only from teachers, but also from alumni and classmates – and found his way in life.

As an international student, Phan said he faced challenges including cultural barriers, such as not being fluent in English, and economic difficulties. But he also found support from the Titan community.

“Those struggles gave me the motivation to embrace the difficulties, overcome the obstacles and learn and grow from them,” he said.

Pursuing a career in technology was not Phan’s original plan. As a child, he wanted to become a teacher. One day, he hopes to combine his initial dream of teaching and computer science and return to Vietnam to teach children in rural areas about technological innovations. He wants to be a role model and a champion for future generations by showing them what is possible.

“I want to share and spread my knowledge of technology to underprivileged children in my country and help improve equity in education,” he said.

Graduating from college and finding his way in life, Phan, who has a younger brother, shared that he also granted his parents’ wish for their children.

“My parents grew up in times of war and economic depression; education was not something they could achieve. They worked hard and struggled to make ends meet,” said Phan, who is on track to graduate in 2024, and later wants to pursue a master’s degree.

“I always remind myself to live up to my parents’ expectations and desires for their children to receive an education, because it opens many doors,” Phan said.

“I learned that if I don’t give up, I can always find success at the end of the day, even after failure.”