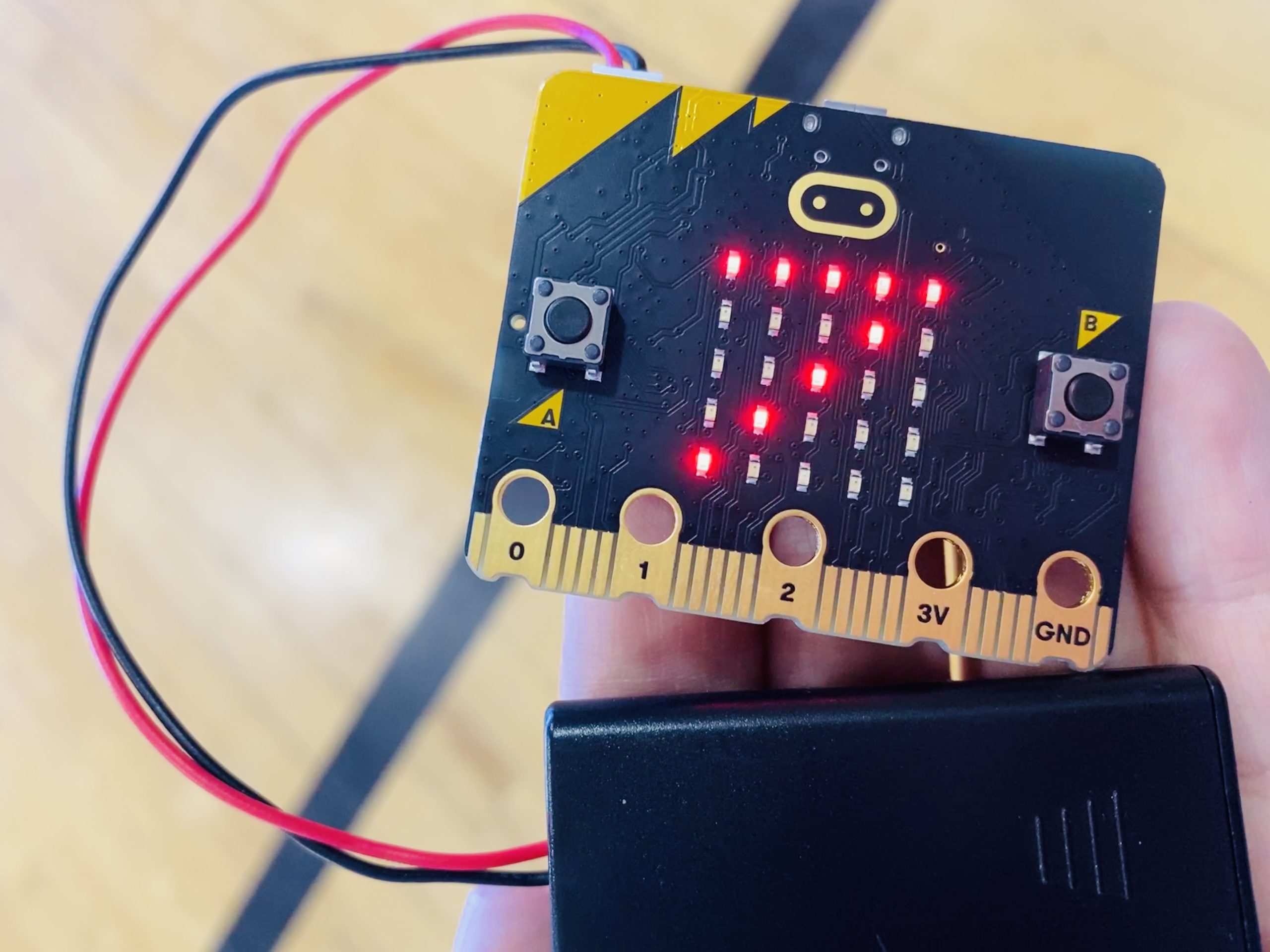 A new Northwestern University-District 65 collaboration is taking computing out of the lab — and into the gym. Fifth graders at Dawes Elementary were beta testers this school year for a new hands-on learning program, coding wearable devices to track steps and turns — a combination of tech and physical education.

Worsley, who is also the parent of two District 65 students, initiated the collaboration with the district through a National Science Foundation research grant to a Northwestern research lab called Technology Innovations for Inclusive. Learning and Teaching (TIILT). Worsley’s successful proposal to the NSF was to study the intersection of education and technology.

Last summer, a group of District 65 teachers and Northwest computer science students participated in a week-long workshop hosted by the TIILT Lab. The goal of the workshop was to develop an interdisciplinary program linking computer science to real-world applications.

This school year, the program launches first with two classes of Dawes fifth graders, taught by Mindy Perry, school librarian and coding teacher. Perry, a longtime champion of interactive learning in libraries, is excited for students to engage in both practical and fun uses of coding in physical education.

The first computing activity for students was the coding created for warm-up activities like jumping jacks in gym class. Perry said the students used Scratch, a widely available, free coding language they sampled before fifth grade. It has a user-friendly visual interface and engages students while teaching them to be both creative and systematic thinkers.

“Another benefit of using Scratch is that it has an assessment tool, a rubric,” Perry said. The rubric allows students and teachers to see how successful the students’ algorithms were in solving the established problem.

Most fifth graders are familiar with Fitbit and other commercial wearables that use technology to help wearers track health-related data. This year, Dawes students had the opportunity to code a wearable device – a microbit – that has the ability to detect movement, direction and more.

Their microbits are handhelds that have been adapted to be worn around the wrist or ankle. Each of these little computers has two programmable buttons and 25 red LED lights that send messages to wearers and reveal performance data.

Students learned to code microbits for use as both step and lap counters in physical education class. They used a computer to write their micro-bit code, then uploaded the code to their micro-bits. Students learned that perfectly sequenced coding steps, much like the steps in a good cooking or baking recipe, lead to desired performance results.

Learning the basics of coding with these little computers can help students appreciate what computer engineers do, how they use math creatively and logically to solve problems and develop technology.

Fifth grader Annabelle Uphoff, like most of her classmates, loves to code. She had never heard of a micro bit before, but found that coding the device and then using it in a practical way was a fun part of this year’s computing activities.

“I remember the day my class coded our microbits and then tested them in coding class,” Annabelle said. “Then we took them to our PE class and wore them as we ran a mile. I thought it was interesting to discover that if we wore the micro bit on our ankle, it gave a more accurate distance reading than if we wore it on our wrist.

While learning the Scratch block-based coding system, Annabelle and a friend teamed up in class to create an animated video. “In physical education, we always do warm-ups at the start of class, so my friend and I chose burpees to demonstrate in our exercise video.” Since District 65 students have physical education classes for 30 minutes a day, there was a genuine connection between the coding exercise and the students’ lives.

Some commercial products which are smart fitness equipment and data collection devices are also available for fifth grade testers to use and explore in physical education class.

The Impossible Gameball and SIQ Basketball both use a connection to a smartphone or tablet to detect and react to in-game movements in real time. The Impossible Gameball measures a player’s action and movement, and the ball drives and encourages by analyzing the numerical data it collects. In addition to some of the seven different games that can be played with an Impossible Gameball, it also comes with STEM problem-solving activities related to the physics of playing with a ball.

SIQ Basketball is another hit with students. It’s a smart basketball that tracks how a player handles the ball and shoots. It tracks the speed of the ball, the distance it travels, its spin rate and other metrics. Students discover by shooting hoops in the school gymnasium that the SIQ is the same weight and size as a traditional basketball and performs well on a hard surface court.

In addition to the smart balls, students learn about MOOV Fitness watches and are encouraged to take one home to explore with their parents. When synced with a smartphone, the watch acts as a personal fitness coach for runners, cyclists, swimmers or treadmill users.

Fifth-graders at Perry learning to code this school year have been guinea pigs for a variety of interactive computing experiences tied to real-world applications. By learning to code and then use smart devices to improve their physical fitness and physical education skills, the hope is that students will gain computer literacy, enjoy learning more, and better understand the everyday value of math and science. science.

At the end of the school year, the TIILT Lab and District 65 team will meet again to evaluate the afterschool program at Dawes. What is learned can influence the district-wide evaluation process, which frequently alters the established curriculum.

It’s possible that next year, fifth graders across the district will take computer science to the gymnasium.