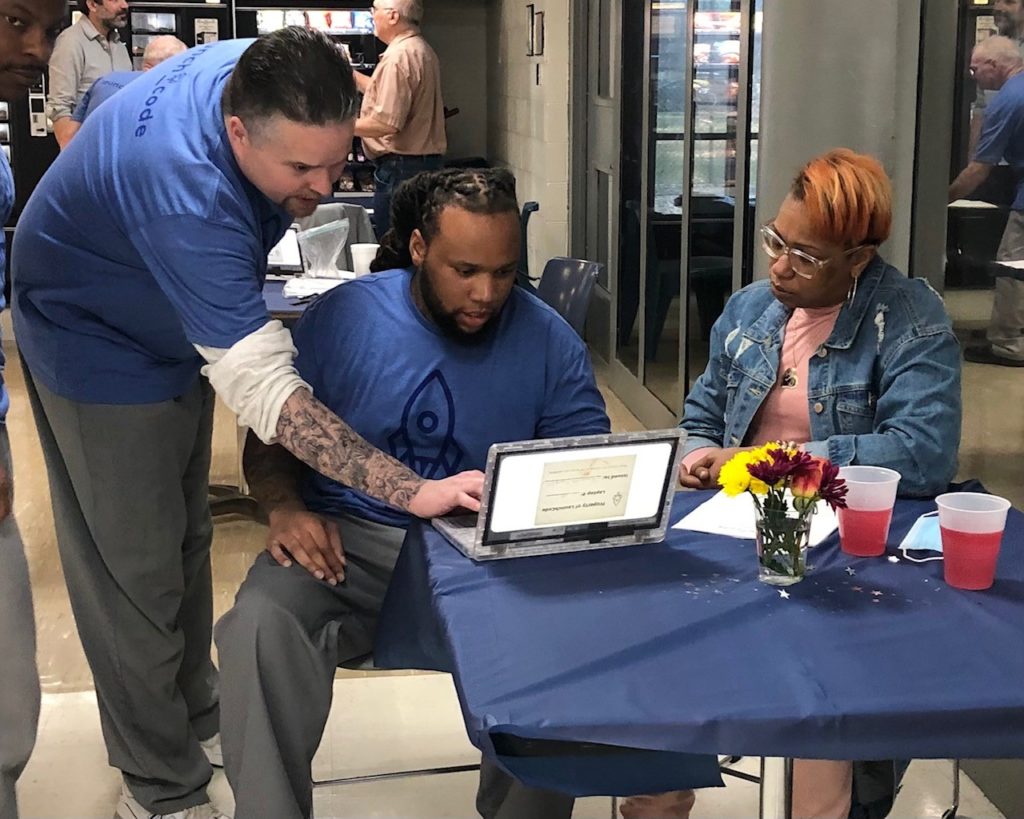 The Missouri Department of Corrections has partnered with a St. Louis nonprofit to offer computer programming lessons to some state prisoners about to be released.

In 2018, the nonprofit organization, called LaunchCode, piloted the program within the Potosi Correctional Facility in southeast Missouri. Haley Shoaf, vice president of justice programs at LaunchCode, said after seeing the success of the six-month coding boot camp, the Department of Corrections expanded the program to Missouri Eastern Correctional Center in the Pacific. . MECC’s first class of computer programming students graduated this week.

Shoaf says some of the graduates from the pilot program in Potosi are already working in tech jobs and others are continuing their education. Another MECC student teaches and now teaches other students who go through LaunchCode outside. “Research shows that recidivism rates for people who return to prison are very high – that many people who leave prison end up returning to prison. Education and access to upward mobility employment opportunities are two of the things that alleviate this,” says Shoaf. “We reached out to a group of really motivated students at Potosi Correctional Center and some staff who wanted to see them get a great opportunity and realized, as we were starting to pilot the program, that there was a lot of aptitude and energy for the students to succeed in this program, even from inside the prison. So I think the combination of seeing this as an opportunity that could solve a really critical issue for our community and having an audience of students who were really excited about the work came together to create something really special.

One of the Potosi program graduates, Chris Santillan, landed a computer job fresh out of prison.

“I consider it my career,” he says. “And for someone who just got out of prison to say, ‘Hey, I have a career and not just a job, that’s awesome stuff. There are currently an unlimited number of similar IT jobs available and you know, why shouldn’t more people be in my shoes and have the same type of opportunities that I have been offered? And because you know, the more people who have real careers, the less people will fall back into those old habits that got them incarcerated in the first place. And I think that’s something that we will all support. As far as, you know, reducing the prison population, reducing crime and bringing more productive citizens into society is just a win, a win for all.

Santillan, from Chesterfield, spent 28 years behind bars for murder. He works for a company in St. Louis, called Unlocked Labs, which helps incarcerated people.

“Without this opportunity, I would have faced so many other hurdles just trying to make it in this world. Employment is essential for someone returning to society to not only establish their finances and pay their bills, but also to establish a positive identity for herself,” says Santillan.

Shoaf says second-chance employees can be a great source of talent for companies. She says they can have higher retention, be highly motivated, and have a strong work ethic.

“Because justice means employees are often stigmatized against themselves and don’t stand a chance when they are, they generally tend to be very good employees and can be great for businesses. So I think that’s what we’re trying to help employers understand and understand is that there really is a really overlooked source of talent,” she says.

The Department of Corrections plans to expand the program even further — to Algoa Correctional Center in Jefferson City later this spring.

Payday loans: your solution in the event of a financial crisis… but only as a last resort