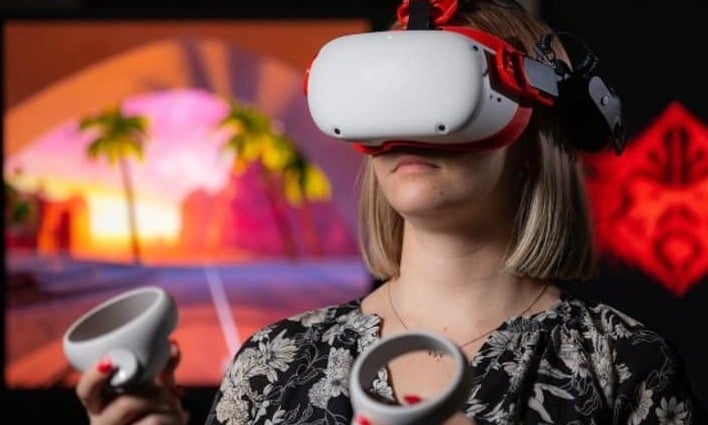 It has been slow to gain popularity, but there is no doubt that some form of virtual reality is likely to be the next frontier in computer interaction. Unfortunately, some people suffer from motion sickness when using virtual reality. New research suggests that this problem, called “cybersickness”, can be overcome with practice.

Granted, “submit yourself over and over again to noxious stimuli to build tolerance” isn’t exactly a shocking and telling concept. Still, there was no reason to assume such a thing was possible given that it hadn’t been tested experimentally; most measures against cybersickness focused on hardware modification or software. Now, thanks to a group of researchers at Iowa State University, it’s been tested, and the results seem to indicate there’s hope for people who experience nausea, fatigue, and disorientation after using virtual reality.

The study used a sample of 150 undergraduate students. Students were called in to play a virtual reality survival simulation Jurassic World Evolution in three separate sessions, then in the fourth session, invited to play under the narrative puzzle Shadow Point. Both games were selected to be “moderately intense” in terms of their likelihood of causing cybersickness.

The conclusions were quite simple. Women and people who experienced motion sickness from other sources (such as reading in the car) were more likely to experience cybersickness and less likely to have their symptoms improve over gaming sessions. Overall disease scores on day three were 20% lower than on day one, and these gains also carried over to the second game of day four compared to a control group.

According to the report of Neuroscience News, the researchers speculated that shorter sessions with softer games might be a better tactic for “overcoming” cybersickness. For this initial research, they removed optional comfort settings in games and asked players to play for 20 minutes at a time, a task that nearly half of participants couldn’t handle on day one. However, by day 3, more than 2/3 of the players have completed the game session. This seems like fairly rapid progress to us.
shadow point

Not everyone suffers from cybersickness, but those who do risk being left behind as UI paradigms move inevitably towards VR. It’s not hard to imagine online gamers raging against VR gamers in much the same way we see a divide between controller grippers and mouse masters today.

Additionally, while immersive computing is unlikely to completely replace a keyboard and mouse or touchscreen, its importance is slow growth for markets beyond games and simulators. It is possible that “tolerance for virtual reality” will become a decisive quality for certain types of jobs. In that case, it is certainly comforting to hear that there can be hope for the afflicted, even if the advice comes down to “keep it up.”