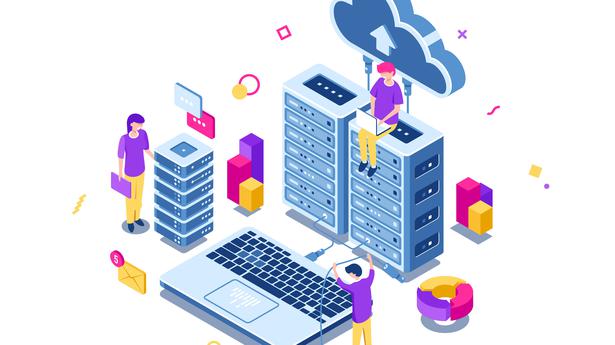 Trends in telecommunications and computing

During the COVID-19 pandemic, the importance of digital technologies and internet access has taken on new importance, especially in sectors such as finance, media, e-commerce and education. Governments and industry had to skip their digital transformation plans on their business processes and services. What would normally have taken two to three years to complete was now compressed into a six to 12 month window.

One of the most striking side effects of this has been an increase in the volume of data generated outside the traditional confines of the home business environment, such as web conferencing for meetings, conferences, and business transactions. Indeed, some companies “would transport up to 60% more data on their networks than before the crisis”, according to the Global Entertainment and Media Outlook 2021-2025. In addition to commercial/commercial data, there has also been an increase in the amount of data generated by streaming and catch-up video services, online shopping, social media and multiplayer games, as citizens have remained at indoors for longer periods.

This trend is leading to a plethora of internet-enabled sensors and devices generating all kinds of data from domains such as smartphones, wearables, air-land-sea vehicles, humans, animals, buildings, infrastructure and public services. Estimates vary as to the many millions of devices that are added to the Internet each month.

The underlying digital networks (fixed, wireless, satellite) that carry all the data generated by these applications and services are an area that serves as a glue for all these technologies to connect, cooperate and collaborate. It will take many forms – from a local, regional, national high-speed optical network that delivers broadband services to homes and businesses, to the 4G/5G wireless network that connects your phone, car or smartwatch .

In many places the underlying digital infrastructure is simply not there and we end up with areas of a region without any connectivity. This so-called digital divide is a global challenge and solutions are needed to address the disparity and inequality in internet access.

To cope with the onset of this data obesity, there are many emerging new research areas such as Quantum Internet, Softwarization and Cloudification, Petabit Networking, Net-zero Networks, Efficient Sensing for sufficient networking. Other areas are gaining attention, such as OpenRAN and disaggregation, edgeification, fully converged networks, AI-based service management, and network resource orchestration.

All of these areas point to the need to rethink the design and construction of future telecommunications networks that support complete end-to-end paths, from edge devices to data center and everything in between.

The author is the School of Computer Science Chair of Telecommunications Engineering at the University of East Anglia, UK.