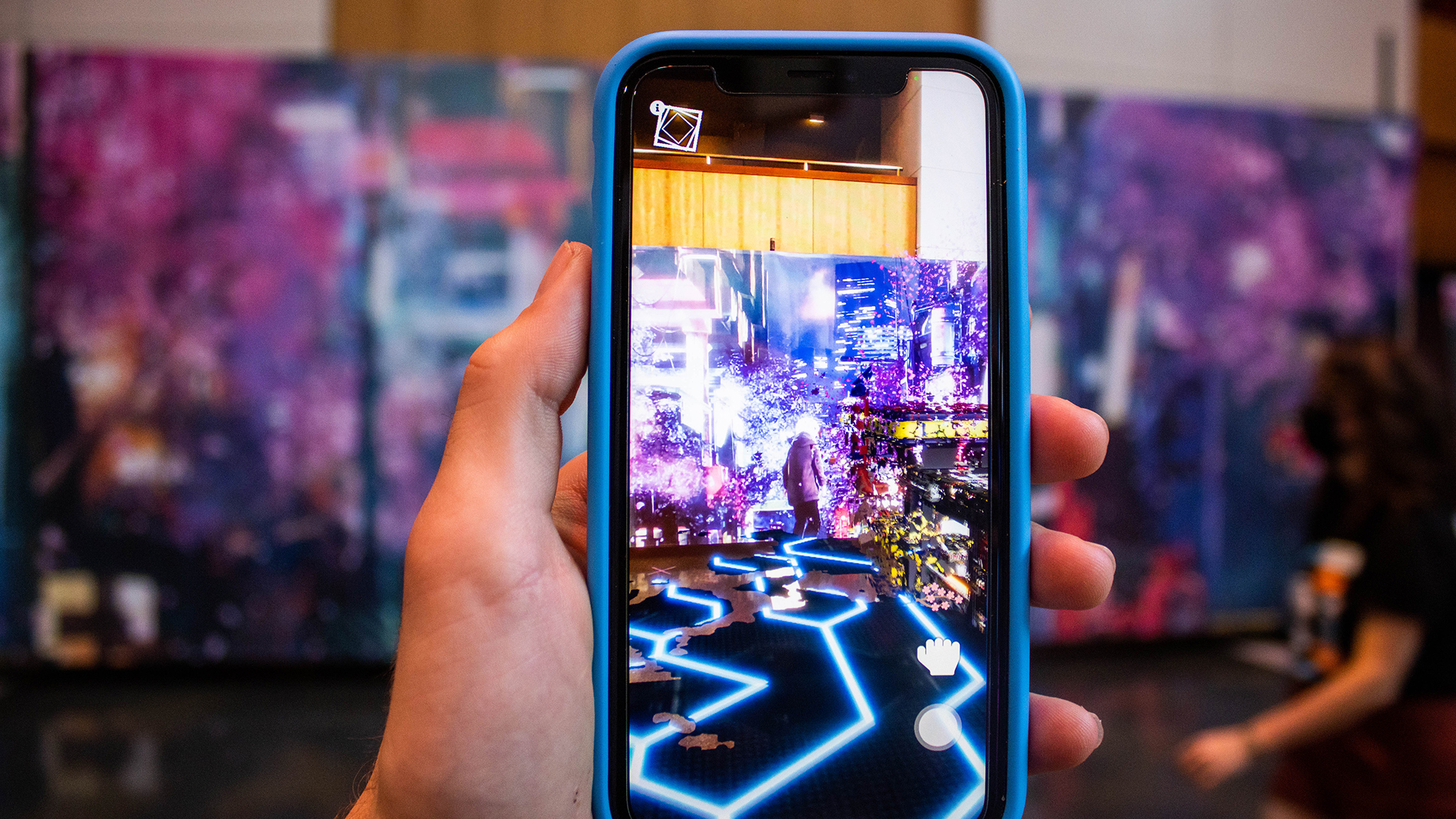 UMD paves the way for a major in immersive multimedia design, fusing computer science and art

The University of Maryland is launching a major in Immersive Multimedia Design this semester, the country’s first undergraduate program that synthesizes art and computer science.

The program works with the creation of virtual and augmented realities, offering a wide variety of courses for whatever field a student wishes to take.

One of the courses, Introduction to Immersive Media, covers history and research in the field. Its projects involve sensors, augmented reality and virtual reality.

Another course, Introduction to Computational Media, teaches students the computer science required for each type of media. For example, imagery deals with computer graphics and sound deals with synthetic audio.

“We are investigating ways to use modern technology and media to replace the information you will perceive with your senses in a natural environment,” said Stevens Miller, associate lecturer in the computer science department.

As a result, students can create artificial environments where they control interactions with the senses – sight, sound, and even touch and smell in some cases.

“[Itâ€™s] a gallery that specializes in the intersection of art and technology, â€she said. “[An example is] an augmented reality app where you look through your phone’s camera andâ€¦ you see a 3D model appear.

An immersive media design exhibition was held at the Clarice Smith Performing Arts Center as part of NextNOW Fest in mid-September. About 15 students presented their projects, Bendell said.

In one student’s project, people were able to play chess from a distance with others around the world, Miller said.

â€œInstead of being limited to a two-dimensional way of pointing and clicking with your mouse to interact with the chessboard, you actually saw a three-dimensional chess set in front of you that you can manipulate even if it isn’t. not the case. exist, â€he added.

While all immersive design students should have coding skills, the IT stream covers more of the technical components while the arts stream focuses on the perceptual side, Miller said.

Second-year student Maggie Letvin, a studio art major and a hopeful immersive media design major, is considering getting into art. She is used to approaching projects from an artist’s perspective and said that programming was difficult for them.

“[With] programming, you have to know what you want to do in advance, â€she said. “I approach art from a ‘I’ve got the materials, I’m just going to work with my hands and figure out what’s going on’ point of view, but you can’t exactly do that with coding.”

During the following years, the students of the arts sector are paired with students of the computer sector. As a result, students can work with a partner from a different background and learn more from each other.

Dean: IT and Engineering Employment with JACOBS UNIVERSITY