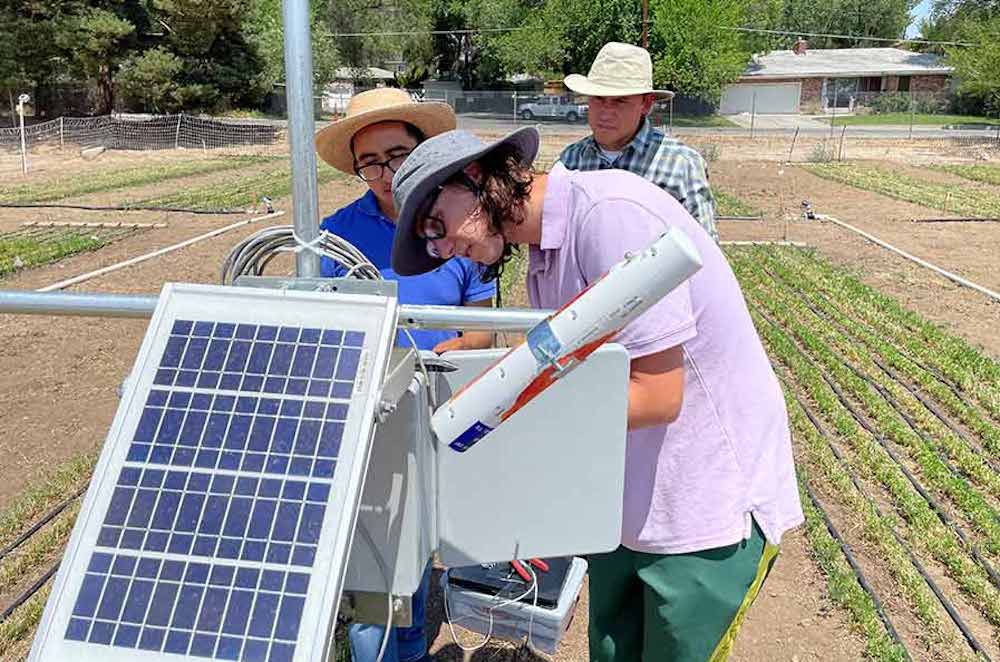 PhD student Uriel Cholula-Rivera and undergraduate student Jackson Zolmer connect an infrared thermometer measuring plant canopy temperature to a data logger as part of the irrigation research conducted at the experimental station from the university on Valley Road in Reno. Photo: Claudene Wharton

l + f: access data to the server with chips