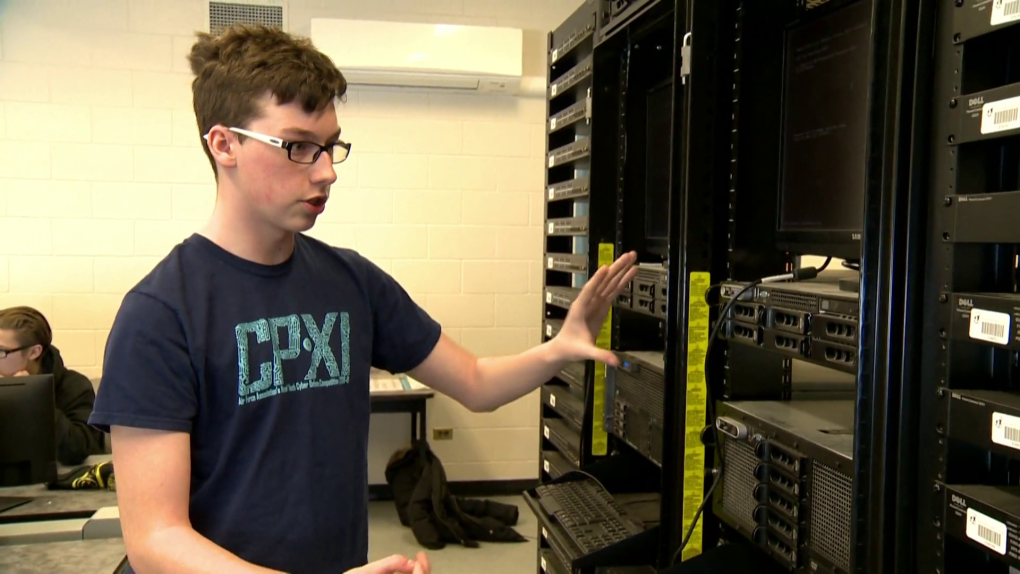 A Winnipeg teenager who made headlines for his cancer research efforts has died.

On February 19, Dylan Bucci died at the age of 19 from cancer. Today, his family and friends, as well as medical researchers, honor his legacy.

When Dylan Bucci was in 10th grade at Sisler High School, he restored donated computers to give processing power for cancer mapping and childhood cancer research on World Community Grid.

“He started the IT project because our grandparents both had cancer and they both survived,” Spencer Bucci, Dylan’s brother, said in an interview with CTV. “He saw that they never gave up and he never wanted to give up either.”

The legacy of the young computer whiz will live on across North America through continued medical research.

He says one year of Dylan’s processing power has saved them 168 years of processing time.

“We were actually looking forward to hiring him at some point,” Keller said in an interview with CTV. “Someone who knows math and is able to code is exactly the kind of person who will eventually cure cancer.”

In 2019, Dylan and his Sisler Cyber ​​Academy instructor Robert Esposito were invited to the Krembil Research Institute in Toronto. Dylan was the first volunteer to visit the facility.

A year later, this work will become even more personal for Dylan. In the summer of 2020, he was diagnosed with cancer, Ewing’s sarcoma.

Despite suffering from cancer and chemo, the teenager continued to work on the computer.

“He wanted to keep doing this and he was passionate about it,” Spencer said. “That was part of the main reason he wanted to fight.”

“We hope to somehow provide more insight and information to everyone on how they can contribute their processing power to various medical research around the world,” Esposito said.

Erik Easper is one of the students at Sisler High School who makes sure Dylan’s computer work continues. He runs the Dylan Bucci Grid Computing Club.

“It feels really good to be able to contribute,” Eaper said in an interview.

Dylan’s father, Michael, hopes other people will donate processing power on their own devices.

“How much or how little computing power you can give away, you can buy someone 10 minutes or an hour or 10 more years,” Michael said.

Earlier this year, Keller sent a video to Dylan and his family and told him his next project was being done in honor of Dylan.

“Behind me is a team of people working on the modeled molecules so that we develop drugs for Ewing’s sarcoma and other bone cancers,” Keller said in the video.

“I wish I could have kept Dylan in this world,” Keller said. “I wish we had found this treatment earlier in a time when it would have made a difference in his life.”

In lieu of flowers, the family is collecting donations to complete the home repairs they were doing to deal with Dylan’s illness. They say they donate the rest to organizations such as the Krembil Research Institute, World Community Grid and CancerCare Manitoba.